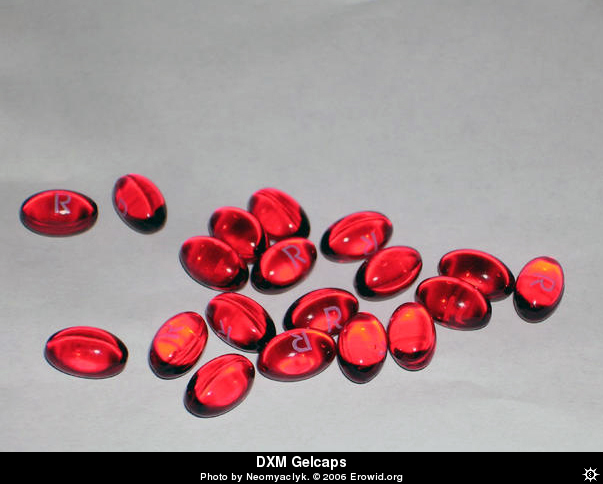 Dextromethorphan is the dextrorotartory enantiomerOne of two stereoisomers that are mirror images of each other that are non-superposable (not identical). Think of it like the left and right hand, which are identical aside from orientation. of levomethophan, which is the methyl ether of levophanol, both opioid analgesics.

Following oral dosing, DXM is rapidly absorbed from the GI tract. Where it enters the bloodstream, and crosses the blood-brain barrier.

At therapeutic doses, DXM acts centrally (brain) as opposed to locally (Respiratory tract). It's rapidly absorbed from the GI tract into the active metabolite Dextrophan (DXO) in the liver by the cytochrome P450 enzyme CYP2D6.

Around one in 10 of the Caucasian population has little or no CYP2D6 enzyme activity, leading to long-lived high drug levels.