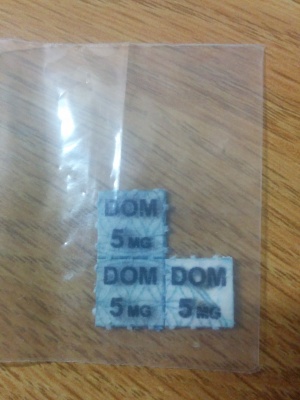 DOx is a chemical class of substituted amphetamines that persists of many long lasting and very potent psychedelic drugs. DOx not only includes DOB, DOC, DOI and DOM, but also as number of lesser known substances, such as the Aleph and TMA series. Almost all substances of the DOx series have a very long duration (12-30 hours), are extremely potent (active at just a few miligrams) and have a very slow onset. They're often described as less spiritual and more stimulating compared to classic psychedelics.