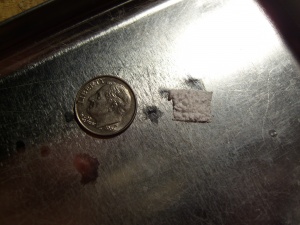 52mg of street amphetamines. US Dime for scale.

Depending on purity, amphetamine dosage will vary