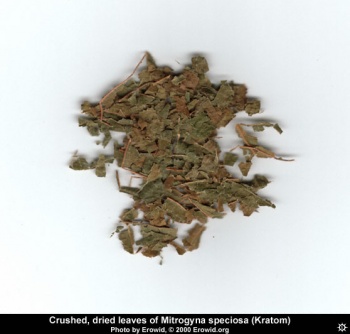 Kratom (Mitragyna speciosa) is uncontrolled in the United States. This means all parts of the plant and its extracts are legal to cultivate, buy, possess, and distribute (sell, trade or give) without a license or prescription. If sold as a supplement, sales must conform to U.S. supplement laws. If sold for consumption as a food or drug, sales are regulated by the FDA.

Kratom is banned in the states of Indiana, Louisiana and Tennessee.