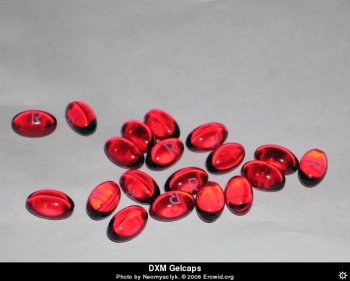 DXM is a dissociative drug with psychedelic properties. The drug is not for everyone; it is said it follows the rule of thirds: one third hates it, one third doesnt care, and one third like it. The lower doses are fun to do with friends, especially just chilling out and listening to music and talking. High doses are very psychedelic and powerful. Your mind is just as big as the universe, and encountering that space when you're unprepared for it is startling to some. DXM does not show up under normal drug tests, however, in extended drug tests it can show as a false-positive for PCP and opiates. Generally it's out of your system in a day or two.